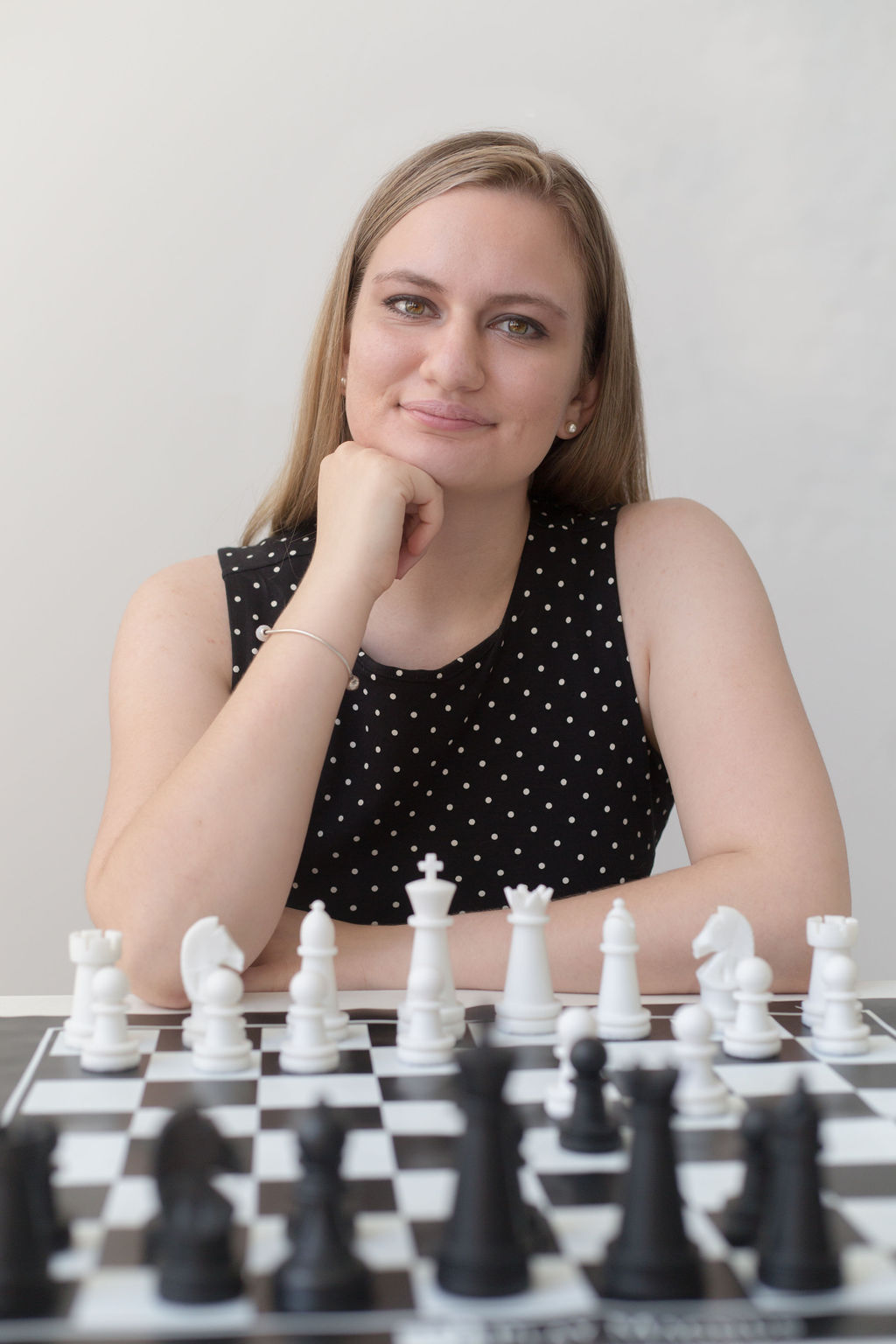 She played her first chess game at 4 and started her first non-profit at 14… does this sound like a child prodigy to you? Us too!

When Ashley Priore sees a problem, she jumps right in and does what she can to solve it. Her story with chess has a complexity many girls and women may face in the chess world. Chess helped Ashley develop the life skills she used to start a successful non-profit at such a young age, but it also introduced her to the need for that non-profit.

Ashley first got into competitive chess with her two brothers and her sister. She quickly fell in love with the game and enjoyed attending her local competitions. However, Ashley and her sister would frequently find themselves in a scenario where there were 300 kids at the tournament and they were the only two girls.

Reflecting on her childhood chess experiences, Ashley believes the “Top Girl” trophies hindered her development rather than helped it. She acknowledged that these trophies helped the first couple of times because it builds confidence to win a trophy in your early tournaments, but this perhaps could have been more effectively accomplished through a “First Tournament” award. Ultimately, Ashley and her sister felt that they were being praised just for being a girl and not for their skills in the game of chess despite the fact that they consistently won trophies in other categories as well.

The existence of a “Top Girl” trophy in the absence of a “Top Boy” trophy can amplify girls’ sense of a lack of belonging. It highlights and calls attention to “hey look, you’re so unusual for playing chess as a girl that we will reward you for just showing up!” which can make girls feel more different than welcome. It can also imply that boys are “normal” chess players while girls need the qualifier of their gender.

The struggles girls like Ashley face extend beyond the issue of “Top Girl” trophies. Ashley also noticed at a young age that she did not know or see any chess players who looked like her which made it difficult for her to imagine herself in that role. People may also often assume that girls are not interested in chess. Due to the small number of girls involved in chess in the United States, girls may also struggle to access resources. For example, a young girl new to the game who goes to a chess club for the first time may be intimidated or made uncomfortable by being the only girl in the room.

Large gender gaps in chess participation persist to this day. A recent psychological study by Allon Vishkin (2022) found that the gender-equality paradox exists within the game of chess. The gender-equality paradox describes the surprising phenomenon in which gender differences are higher in societies with more gender equality. It is a finding that has mostly been discussed within STEM fields but has now been found within chess as well. Essentially, despite efforts in countries like the United States towards gender equity, far more men play chess than women. However, when it comes to chess Vishkin’s findings “reveal that countries with more active younger generations have more equal representation of female players” (Vishkin, 2022, p. 283).

We believe that a big part of what is leading younger generations to have more even numbers of girl and boy players is due to efforts of people like Ashley.

Long before the show the Queen’s Gambit Ashley began (at the age of 14!) her non-profit with the same name. The Queen’s Gambit focuses on empowering women and girls in chess whether or not they want to go into competitive chess.

Ashley believes that chess has a miriadof socioemotional and cognitive life skill benefits, and she wants girls to have unhindered equal access to these benefits. For example, chess can make players move empathetic by training them to look at both sides of a situation. Or, it can build problem solving and the ability to weigh the consequences of actions. Or, it can develop leadership skills as players think through the unique abilities of each piece and learn to fit them together for an effective team.

At Chess4Life we hope to see more and more girls benefitting from the life skills that can be learned from the game of chess. We’re grateful for the work of people like Ashley at Queens Gambit leading the way. Working towards greater equality in chess will take all of us. Just like in chess where each piece has a unique ability on the board, all of us (no matter how young or old) have a unique strength we can offer to the pursuit of gender equality in chess.

If you’d like to hear more of Ashley’s incredible and inspiring story, check out the full interview below! And as a bonus, keep scrolling for a chess match between Ashley and Chess4Life founder Elliott Neff, and to see a screenshot of Ashley’s very first chess game at 4 years old. 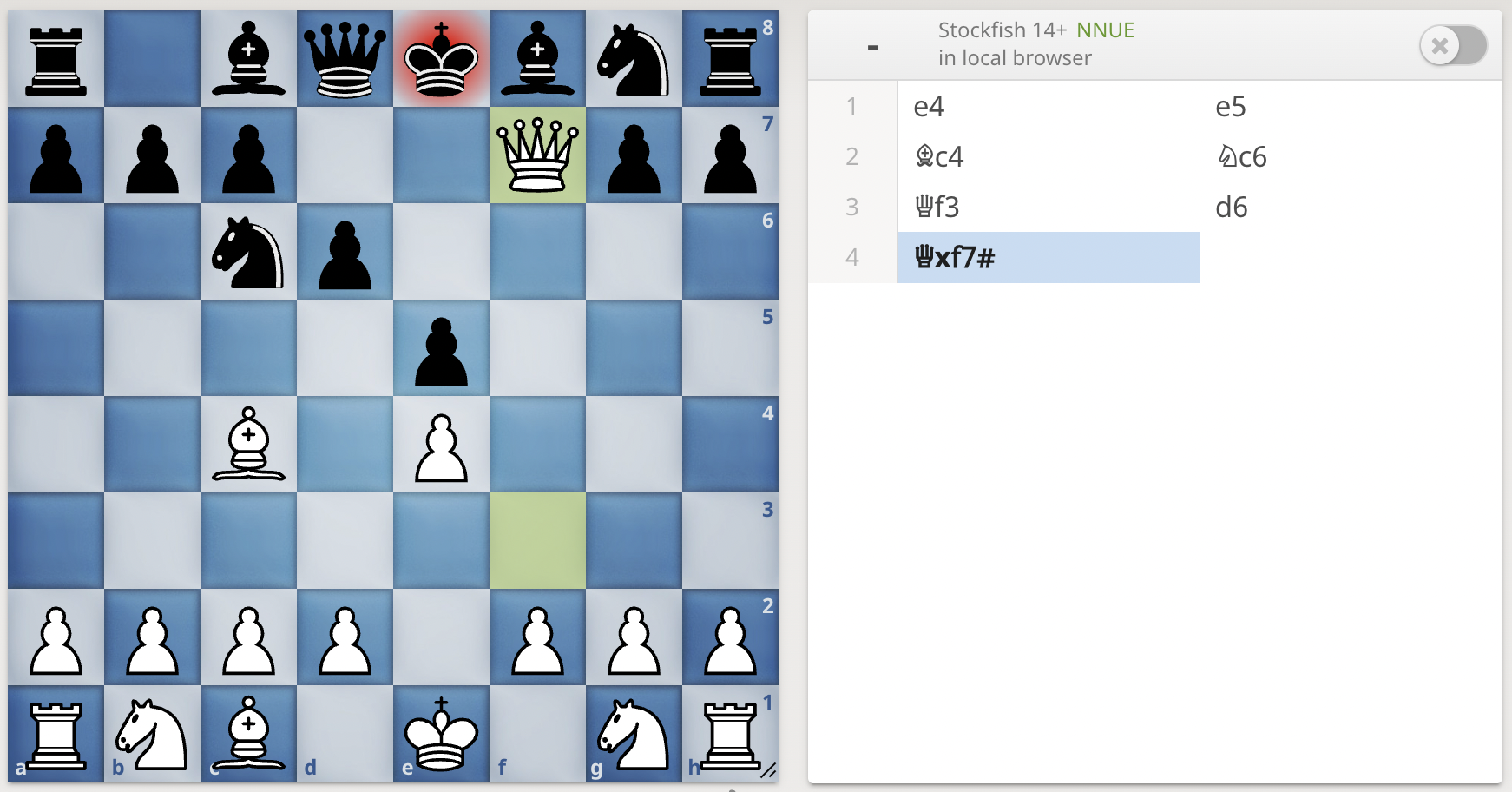