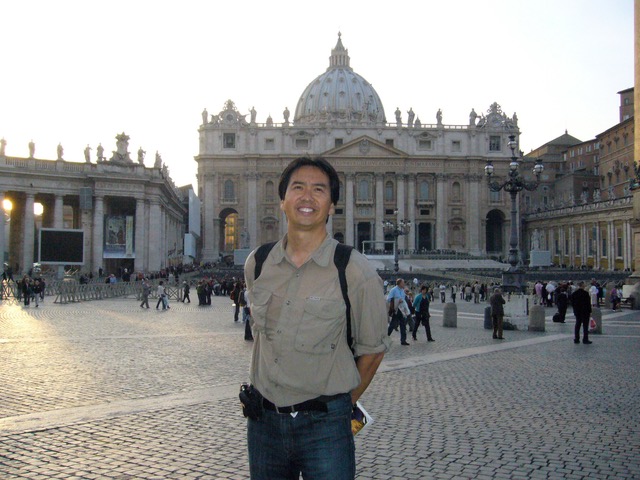 Ken Lee is Vice President of Michael Wiese Productions, the number one publisher in the world for books for indie filmmakers and writers. One evening during family movie night, Ken decided to select “Searching for Bobby Fischer” as his movie choice. When the movie ended, his 10-year-old son promptly informed him how boring he found the movie - and that he had taught himself chess!

After decades without playing a chess game, this movie night began Ken’s journey of re-learning to play chess so that he could play with his son. Ken’s son began taking online premium classes at Chess4Life and soon after Ken realized how much the game of chess lined up with the values he was trying to instill in his son as a parent.

“Growth mindset, success principles, healthy habits… these would help someone wherever they go in life.” -Ken Lee, on the benefits of chess for kids

Being a member of the publishing industry, Ken naturally turned to research for more knowledge about the benefits of chess. He quickly learned about benefits such as grit and persistence, as well as cognitive benefits such as increased executive skills.

As Ken writes in his recent blog post, since the beginning of the pandemic, fostering “connection” with others has seemed to require greater amounts of creativity. He has found that playing chess leads to unexpected connections. Suddenly you may learn that an uncle plays, or a neighbor plays, or a friend you have not chatted with in a long time. Ken even has a dream of just setting up a chess board and playing chess with a stranger in Spain. He believes that like music, chess has the ability to unite across cultures and language barriers.

Chess has certainly afforded Ken greater opportunities for connection with his son. Not only does chess provide a consistent touchpoint for them to spend quality time together, but it also creates openings for unique and healthy parent-child interactions.

Part of socioemotional development as children grow is learning to be more independent and growing into their own personhood. A necessary part of this process is separating slowly from the notion that parents are the all-knowing source of all things. A three-year-old girl may view her mother as Wonder Woman, but it would not be healthy for a seventeen-year-old girl to view her mother in that same way. As kids grow they begin to see their parent’s flaws and limitations and that’s a good thing. At the same time that they are realizing their parents do not know and cannot do absolutely everything, they are learning and growing in what they themselves are capable of.

This can be an uncomfortable part of growth and opportunities where it feels genuinely fun are rare. Ken and his son have stumbled upon one such opportunity as Ken’s son often coaches Ken on what to do (or not do!) in chess. “Dad, you might want to rethink that move…”

These little moments may seem small but are fun opportunities for Ken’s son to stretch his independence and learning, and for Ken to watch his son grow. So if you’re a parent who, like Ken, needed to be reminded of the difference between a rook and a knight in order to play with your child, do not be intimidated! You do not need to know much about chess at all for your child to gain great life skills through playing with you.

Now Ken and his son love chess so much that they brought the game along while hiking just so they could play during breaks and have even played in Maui, Hawaii. As Ken says, you can play chess anywhere! He has his own chess goals too in order to keep expanding his growth mindset, one of which was to beat the chess.com bot at 1200. He achieved this goal in a fun way when he beat Santa – check it out and his full interview below! 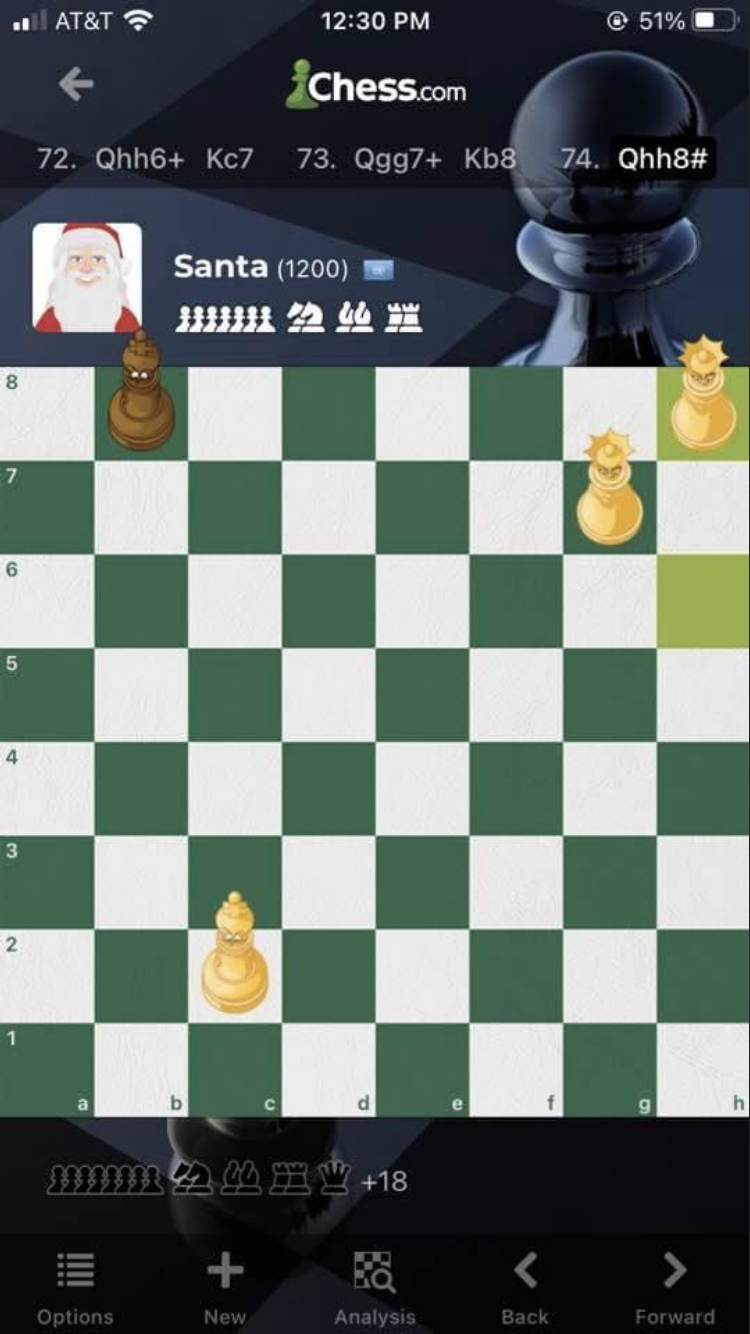 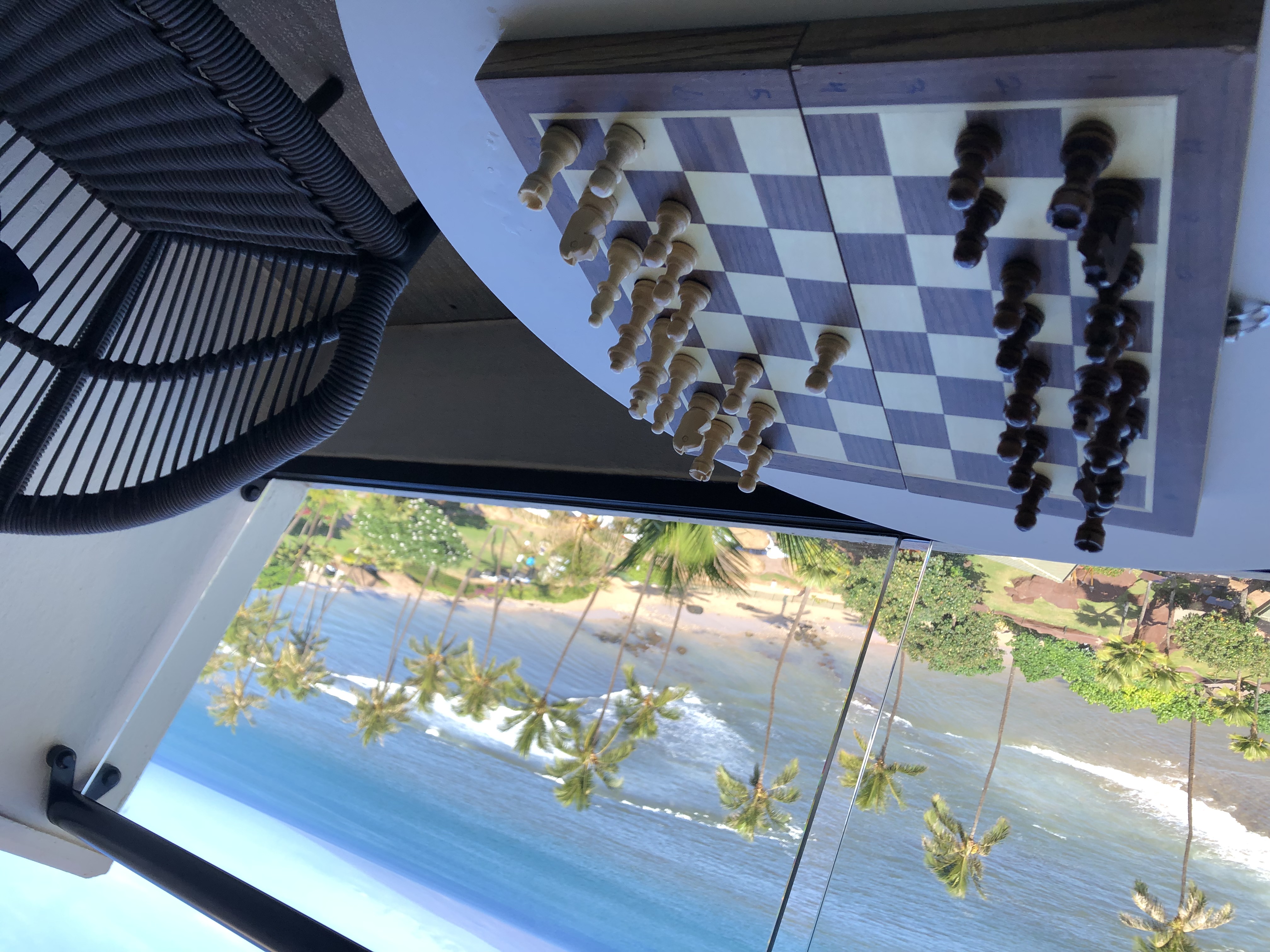