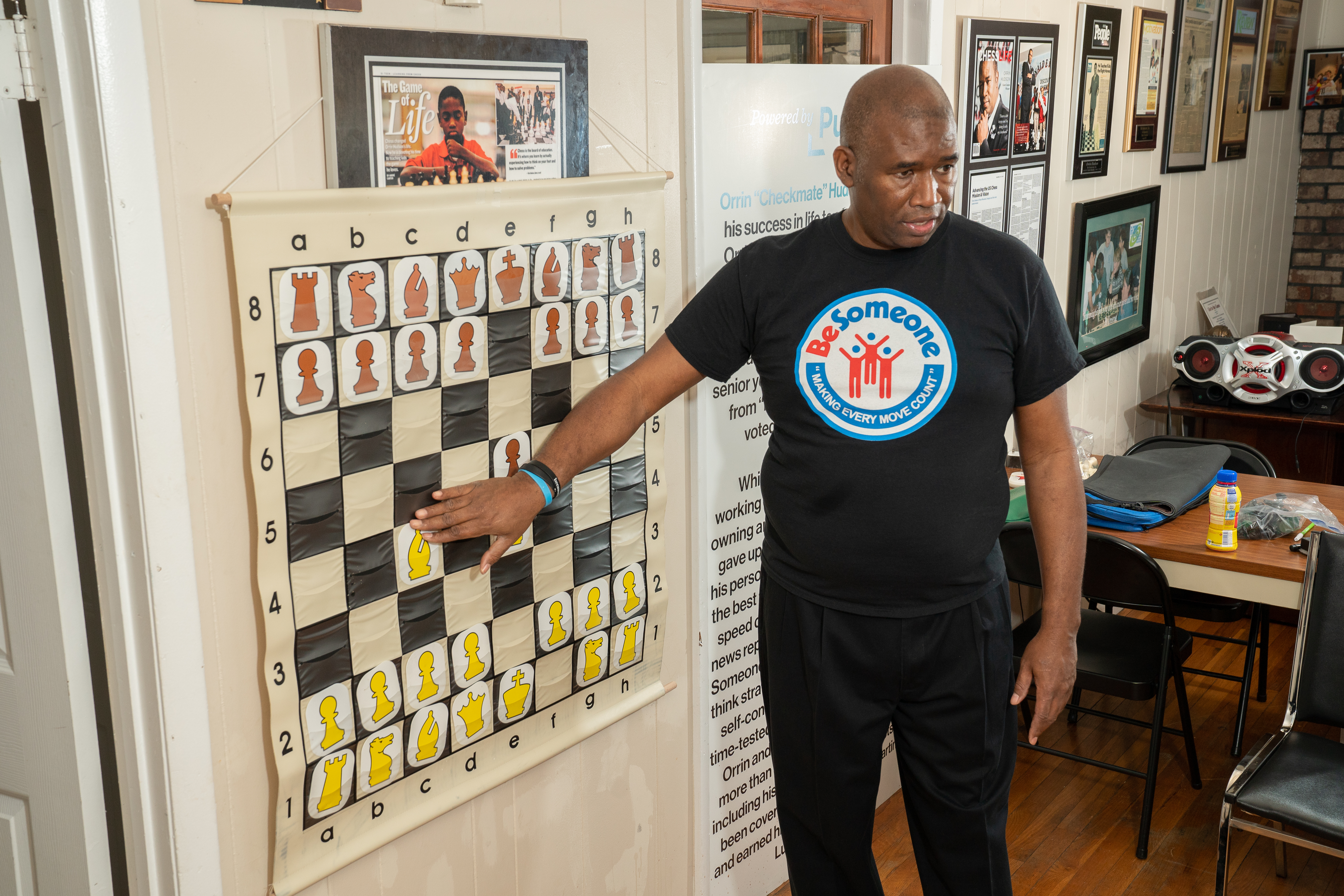 If you looked up “serving others” in an encyclopedia you just might find a picture of Orrin “Checkmate” Hudson. Orrin is an Air Force veteran and a former state trooper who founded Be Someone, an organization that helps kids develop leadership and life skills through chess one move at a time.

Just what inspired such a massive career change?

Orrin is a former gang member himself and he was exposed to many of the rough sides of society as a state trooper. He saw a need for further efforts to support character development in the children of underserved communities. Orrin believes that needs go unmet when concerned people fail to take action. He wanted to be part of the solution so he stepped forward and started Be Someone.

Be Someone is about much more than chess. Though chess is the vehicle by which material is delivered, Orrin’s underlying goal is to teach skills and develop character traits such as concentration, responsibility, self-esteem, problem solving, and discipline. Through Be Someone Orrin encourages kids to put “Brains Before Bullets” and to “think it out” instead of “shoot it out.”

Orrin believes in his mission so much in part because he experienced the benefits of chess himself. The game of chess completely turned his life around. When Orrin was a teenager he was involved in a gang and getting into trouble. One day, a high school teacher pulled him aside and taught him how to play chess. Orrin describes chess as “addictive” and says that it transformed his life. Through chess he learned how to think strategically about his future and how to make every move count.

Now he teaches youth to “pause, ponder, pivot, and pray” before making a decision. Just like in chess, one move in life can have a huge impact. The vast majority of the time, your first try at something is not going to be your best one. The same is true with thinking: your first thought or idea is likely not your best one. In chess it is rare that you will win in chess if you always do the first move that pops into your head. Orrin uses this as a metaphor for life. If your first or immediate reaction to a situation is what you act on, you are not very likely to succeed.