Breck Haining is the father of two children who participate in chess competitively. He learned from his father to play chess when he was 8 or 9 years old. Breck’s dad taught him how the pieces move and the general goal of the game. His brother got into learning tactics and Breck observed how much this improved his brother’s ability.

Years later, Breck’s own son came home from school and asked to learn how to play chess. Breck saw a parenting opportunity: chess can be a tool for so much more than chess itself.

Breck began his journey of teaching his children chess with intentionality. He knew teaching chess wasn’t just about chess. When he chose a book on tactics, he chose one by Susan Polgar, the Women’s World Chess Champion. He wanted to expose both his son and daughter to women in chess, as chess is historically and currently still a male-dominated sport. Additionally, Breck used Susan Polgar’s expertise to expose his children to international perspectives and cultures. Since Susan Polgar is from Hungary, he used this opportunity to have global conversations with his children.

“Chess is about teaching.” -Breck Haining

There are ample opportunities through the game of chess to instill values and build character in children. Much of parenting is all about just that: trying to develop values in your children that they can eventually hold themselves. Breck finds that sometimes the best tools are what your kids are interested in; if your kids are interested in chess, Breck identifies that chess is a particularly great tool.

For example, in casual play there may often be “kibitzing,” or when individuals who are observing the game make suggestions to the players about how to move their pieces. Breck shared how this has been a great opportunity for a life lesson with his kids.

Kibitzing can be a fun collaborative environment. However, some of the advice you get from kibitzing is really bad advice. You have to be able to see far enough to see how it is bad advice. In chess, this means you must be planning ahead to know that you don’t want to move your queen there even though someone said to. In life, this can be applied in settings such as: I don’t want to smoke that because it could have dangerous or negative consequences for me. An important life skill is to be able to evaluate and decide whether or not presented advice is a good choice. How do your kids handle ‘peer pressure’? Do they go along with the crowd or evaluate choices independently?

Breck highlights that there are many choices in life and some are better than others. Chess allows children to learn independence of thought and to recognize long-term impacts. Life skill benefits like those identified by Breck are why Chess4Life focuses on teaching life skills through chess. Chess can be a fun platform to develop those essential skills and attitudes.

You don’t have to be an expert chess player for your children to experience the benefits of chess. Learn more in Breck’s full interview below!

Fun fact: Breck also enjoys birdwatching! Here's his story about perseverance and the below:

"The photo “Breck birding 2021.jpg” is one my wife took when we were just starting out as birders. I had heard about a Snowy Owl being sited in Queen Anne (a neighborhood in Seattle). We didn’t know what we were doing but thought we would see if we could find it. Snowy Owls rarely appear in Washington. After an hour or so of looking, we found some art that someone had created depicting a Snowy Owl. I pretended to take a photo of it. We were ready to give up and were loading equipment into the car when a lady who lived in the neighborhood happened by. I commented that we had no luck finding the Snowy Owl. It turned out that she knew exactly where it was, not more than 50 feet away from where we had parked. Later in the day the owl moved to the top of someone’s roof. The photo “Snowy Owl 2021.jpg” is one I took that day."

Just like in chess, patience and perseverance in birding can bring great rewards! 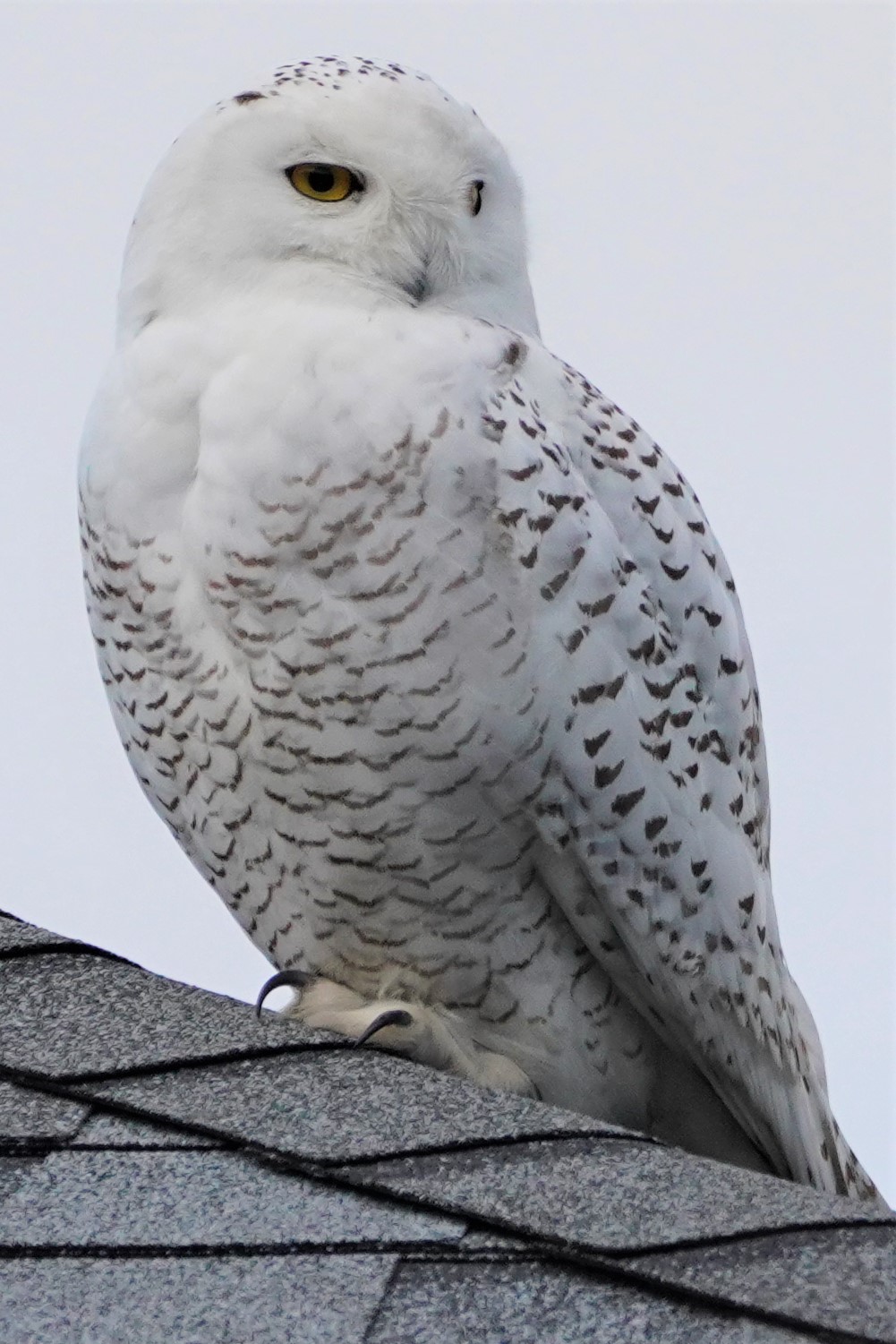 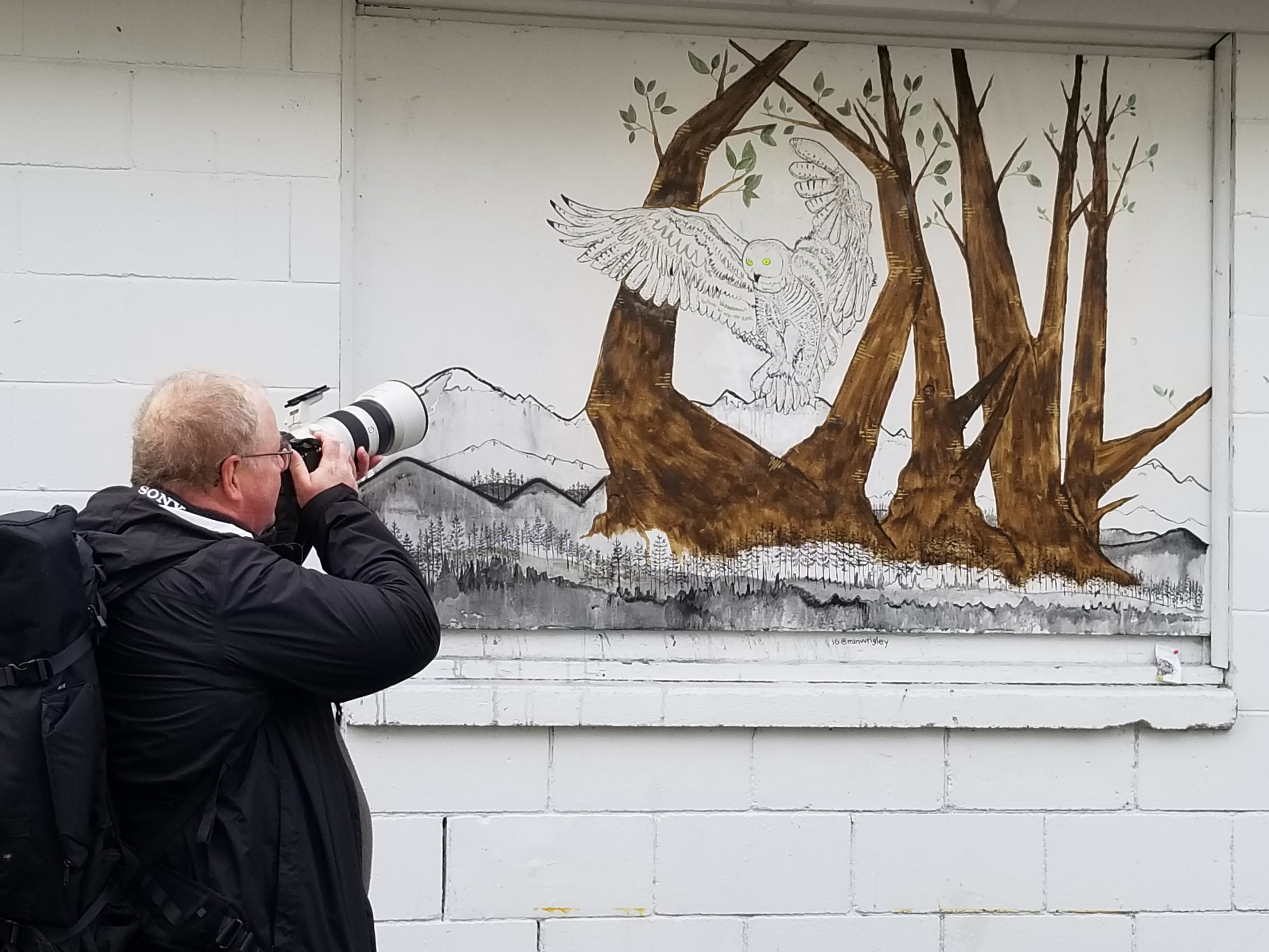 You can see more of his photos here and here. You can also check out his website.