Join us for a End-of-Summer Chess Celebration - Free Programs and Prizes!
Join Us

FEATURE ARTICLE: CHESS4LIFE AND THE QUEEN OF KATWE, PHIONA MUTESI 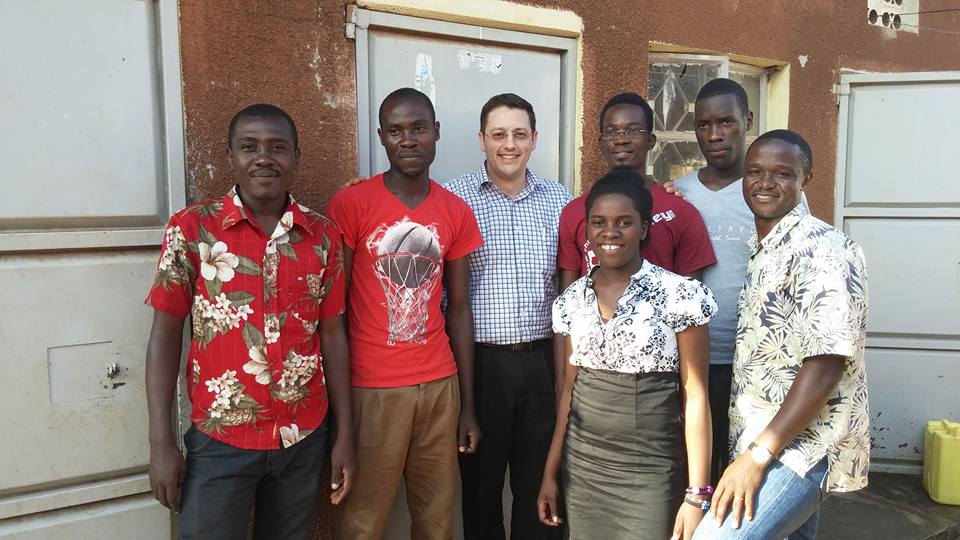 In 2013, our Founder and CEO, Elliott Neff, heard about an inspiring book entitled The Queen of Katwe. This story chronicles the life of a young girl named Phiona Mutesi who was born in Katwe, a Ugandan slum where food, water, and clothes are difficult to come by. Despite her harrowing circumstances, Phiona was able to achieve tremendous things after being introduced to chess by Robert Katende, her chess coach and mentor. Her desire to learn more about the game of chess ultimately led her on a journey that has enabled her to provide for her family, travel the world, and prepare for college!

As Elliott has dedicated his entire career to sharing the impact that chess has on young people’s lives, he was particularly touched by this story and immediately became interested in how he could help both Robert and Phiona. He invited them to add Chess4Life as a stop on their book tour in 2014 and quickly realized that, although their enthusiasm was endless, their resources were very limited. After an exciting week of fundraising and special events with Chess4Life students, Elliott sent a number of tools home with Robert to support the Som Chess Academy (the chess school where Phiona learned to play). He also established a Skype lesson schedule with Phiona to help her pursue her dream of achieving the Women’s Grandmaster title – and the next step in that journey was to prepare for the 2014 World Chess Olympiad.

Phiona and the Ugandan team went on to participate in the Olympiad as Elliott coached them via Skype for several days until his wife gave birth to their daughter, Katrina, during the middle of the tournament. Upon hearing the news, Phiona became determined to win her game for Katrina and did go on to win a very exciting game. She still asks about Katrina frequently and lovingly refers to her as her “Olympiad Girl.”

Over the last few years, the relationship between Chess4Life and the Som Academy has grown . This year, Chess4Life created a new chess club curriculum called The Chess4Life Club Solution and donated the tools to The Som Academy. This program includes chess sets, coaching tools, activities, training, and a full set of life skill posters. Elliott traveled to Uganda this August to train Phiona for the 2016 World Chess Olympiad as well as help implement the program and reported that it was very well received!

Elliott has also continued to coach Phiona. Although she is very busy finishing high school, preparing for college in the coming year and attending premieres for Disney’s Film, Queen of Katwe, she is still training for several major tournaments as she pursues her dream of becoming a Woman Grandmaster.

To learn more about Phiona and Robert’s story, we encourage you to attend Disney’s Queen of Katwe! The film will be in select theaters on September 23rd and expands wide on September 30th. To read Disney’s full press release, click here.

Elliott and Phiona enjoying a meal together after a long day of preparing for the 2016 Chess Olympiad in August.

Robert Katende posing in front of the Som Chess Academy sign and one of Chess4Life’s life skill posters!

Elliott working with Phiona’s entire team to help them prepare for the 2016 Chess Olympiad.

Elliott Neff and Chess4Life’s Regional Manager, Andrew Fisher, walking the red carpet at the premier of Queen of Katwe in LA.

Elliott, Phiona, Robert and his family at the premier party at the Hard Rock Cafe in LA.