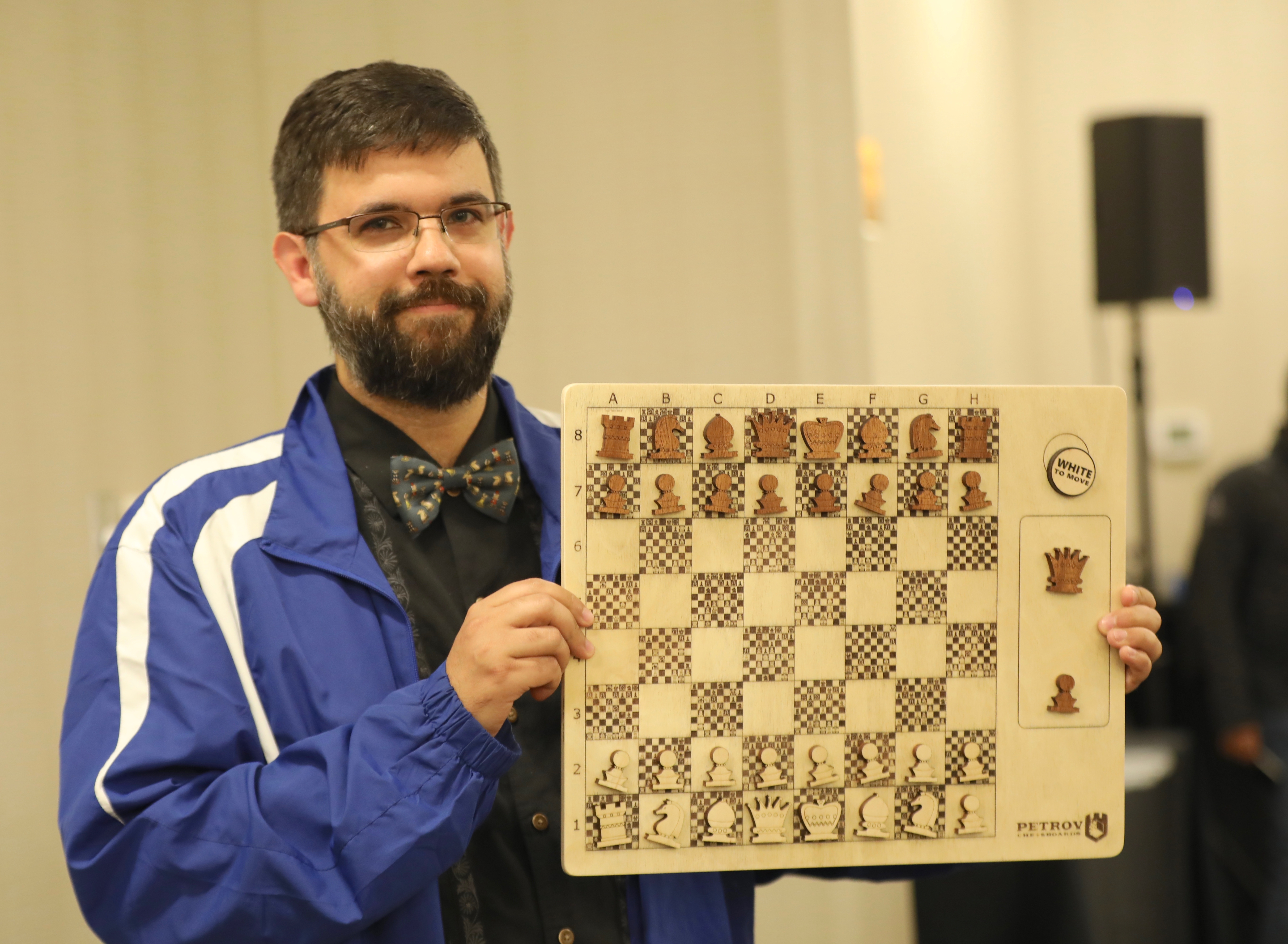 Josh is a chess master who has dedicated much of his life to transforming thousands and thousands of kids' lives through the game of chess. He grew up in the Seattle area where he also attended elementary, middle school and high school. He later went to college in California and studied engineering but ultimately chose to pursue chess which to him was not only a passion but also a calling.

Currently, he works with several organizations to promote chess locally and nationally. He is also a chess coach; teaching chess in 10 schools in the greater Seattle area. He keeps busy with nonprofit activities through non-profit organizations like Washington Chess Federation, Chess Enrichment Association, Chess Mates Foundation and Northwest Chess to promote and expand chess awareness.

Josh picked up chess in high school when a player in his school who was highly rated showed him few openings. He got the opportunity to learn the London system and the French defense from his fellow student.

He then joined the internet chess club where he learned chess all by himself; watching lots of videos and playing many games of speed chess. He also watched other strong players play and mimicked what they did.

Apart from watching videos, he also read a couple of chess books. His first book was Chess Strategy by Edward Lasker. Capablanca's Best Games was another one of his favourites. He eventually became a master in 2007 during the Washington Chess Federation tournaments.

Having realized that he loved and enjoyed teaching the game of chess as much as playing it, it became his dream to be a chess coach. He was introduced to some local Chess coaches; Yogi Orlov and Elena Donaldson who were very great chess couple.

Josh started coaching chess with a few private students and a couple of schools which later blossomed into a full teaching career.

Through Josh, the game of chess has impacted a lot of lives. For example, many students who started very shy and introverted finally came out of their shells. This was through chess classes and private coaching. They have also been able to blossom throughout their school careers to become much more outgoing.

Again, travelling to tournaments, making friends and establishing long-term relationships has made chess an equalizer. It connects people and makes everybody more comfortable being in each other's company when there's a common activity that everybody can relate to.

In chess, everyone is treated equally despite their background, social class or where they currently live. It's a universal language and anybody can become good at chess through hard work, proper study and discipline.

Besides, chess is a vehicle for developing the mindset of success through a draw-or-win mindset.

As a social vehicle, chess helps you look on the brighter side of life and become more optimistic even if you're a natural pessimist.

Benefits of chess to the society

· Improving the lives of many youths- Through chess, a non-profit organization like Chess Mates Foundation helps a lot of youth who don't have the necessary means and benefits to work on a national level. Such organizations also make chess more mainstream through the media and create ground influence, making chess be talked about by everyone.

· Nurturing relationships - It finds and nurtures relationships with long-term financial supporters for their sport. This has been local although getting corporate sponsorship could be a game changer.

Although only a few people become masters, any level player and any experience can still reap the benefits of playing chess. But it especially helps those players who are more recreational and play chess and practice it occasionally. Such people only develop the tools through the study and practice of the game.

People who become more serious about chess and ultimately want to move up through the ranks and hit the goal of becoming a chess masters level are always more focused on the theory side and learning many patterns in chess.

Josh’s biggest dream is the growth of Scholastic chess. That's his main focus and passion in which he would like to see a great number of kids play chess. In 10 years, he would love to see chess as a subject offered in schools not just as an after-school or enrichment activity.

Because that’s ultimately how most kids are going to get the benefits of chess if it's built into the curriculum. He would also love to see the number of chess scholastics and players grow in the next 10 years.

Advice to young people in chess

Josh’s best piece of advice to his younger self would be; don't be afraid to be angular. Pursue what you are interested in and don't worry too much about the so-called well-rounded approach of dabbling in everything. Find whatever you like to do and go for it and never look back.

Check out Josh's full interview below: